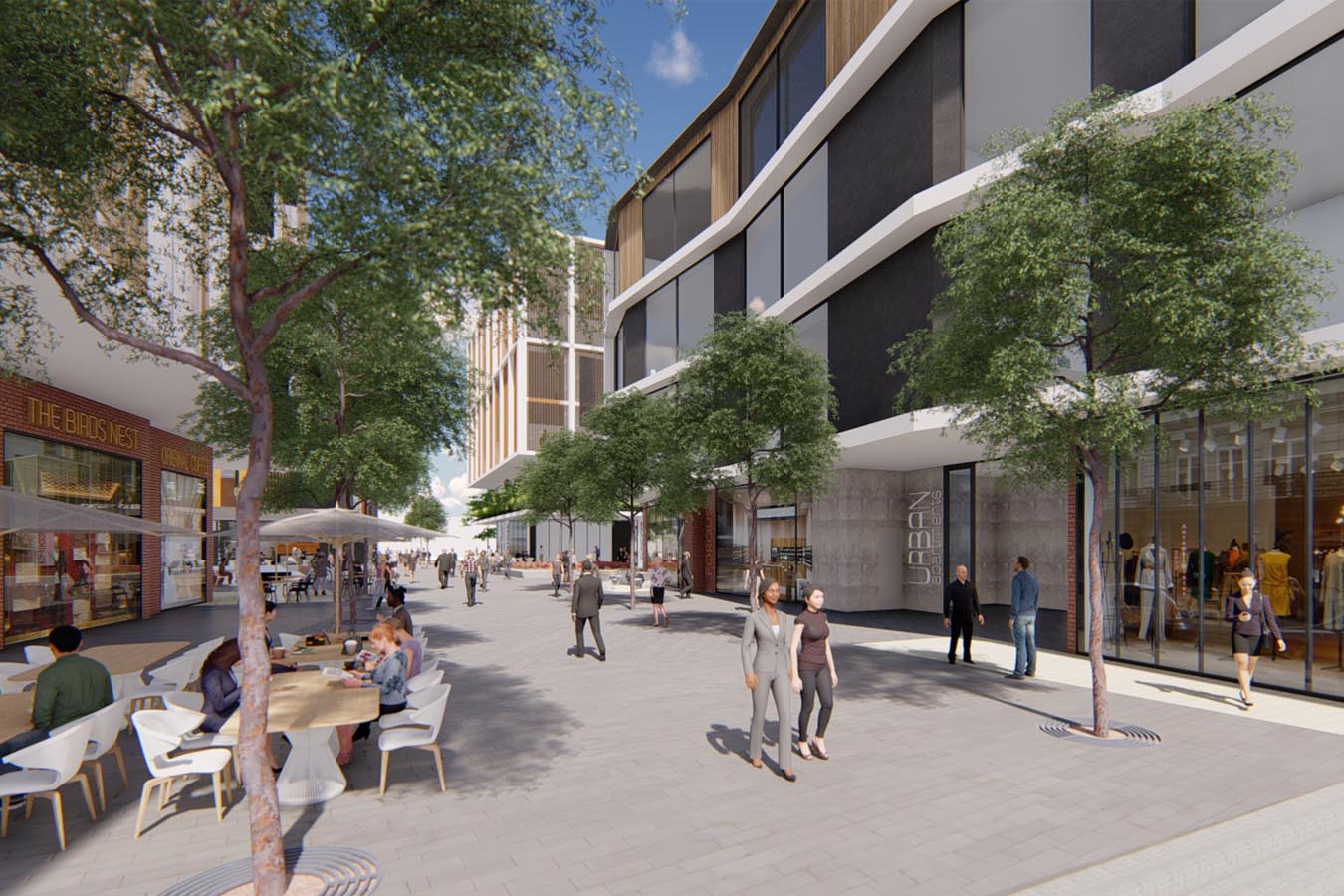 Introducing Union Square, a proposed development of 10,000m² land area to consist of vibrant office, retail, and accommodation. Strategically located on the current Ebbett Holden site, the development will have arterial access from Anglesea, Hood, and Alexandra Streets. The diverse offering will encompass a central public space of over 2000m², a wellbeing centre and end-of-trip facilities for the occupants, along with yoga, and bike storage.

With Chow:Hill Architects engaged to provide a concept vision for Union Square, Director Brian Rastrick is leading this project.

“We’re passionate about creating a thriving commercial centre that encompasses a vibrant city lifestyle and attracts more people to live and work in our central city.

“Union Square presents a great opportunity to give a lot back to the community and to the wider city, which was an important motivation for us.

“We wanted to create a socially engaging space, to attract and retain people within the CBD. To do this, we needed to place the focus on human-centric areas, balancing retail, office space and activation tactics.”

When looking for inspiration, Rastrick says they landed on Sydney’s Barangaroo Development with the revitalisation of Sydney Harbour, and Auckland’s Britomart Precinct, both mixed-use environments utilising nature to activate the spaces.

“We were looking at spaces that use nature for activation, which we felt was key for Union Square. In both the Sydney and Auckland examples, the spaces aren’t just commercial; they accommodate retail, cafes, apartments and night-time activities which all provide engagement for a wide range of people,” he says.

“We wanted to create a socially engaging space, to attract and retain people within the CBD. To do this, we needed to place the focus on human-centric areas, balancing retail, office space and activation tactics.”

“This meant we were very purposeful in our approach that this was not going to a business park. We wanted to ensure it added to the revitalisation of the city and provided a different aesthetic with each building, retaining a common materiality and design threads to link it to a precinct, rather than a business park.

“With over 2000m² of public land, we’ve incorporated hard and soft landscaping areas in and around the buildings.”

Led by key investor AFI Investments, Rastrick and the team had six key considerations to exhibit in their design outcomes:

The Union Square development recognises Hamilton’s first bridge, the aptly named Union Bridge, which spanned the Waikato River to connect Hamilton West and Hamilton East. Opened in 1879, this key connector united the two sides of Hamilton for 31 years before being replaced in 1910 by today’s Victoria Bridge.

With construction proposed to begin mid-2020 and span a four to six-year period, Union Square will feature six landmark buildings built to varying heights and appearances to promote anaesthetic that will carry Hamilton into the future. The central ground-floor plaza will be fed by 15-metre-wide boulevards and surrounded by food and retail outlets, multi-level office blocks and car parking.

It's in the Numbers

Union Square has a proposed 40,000m² of net lettable space consisting of: