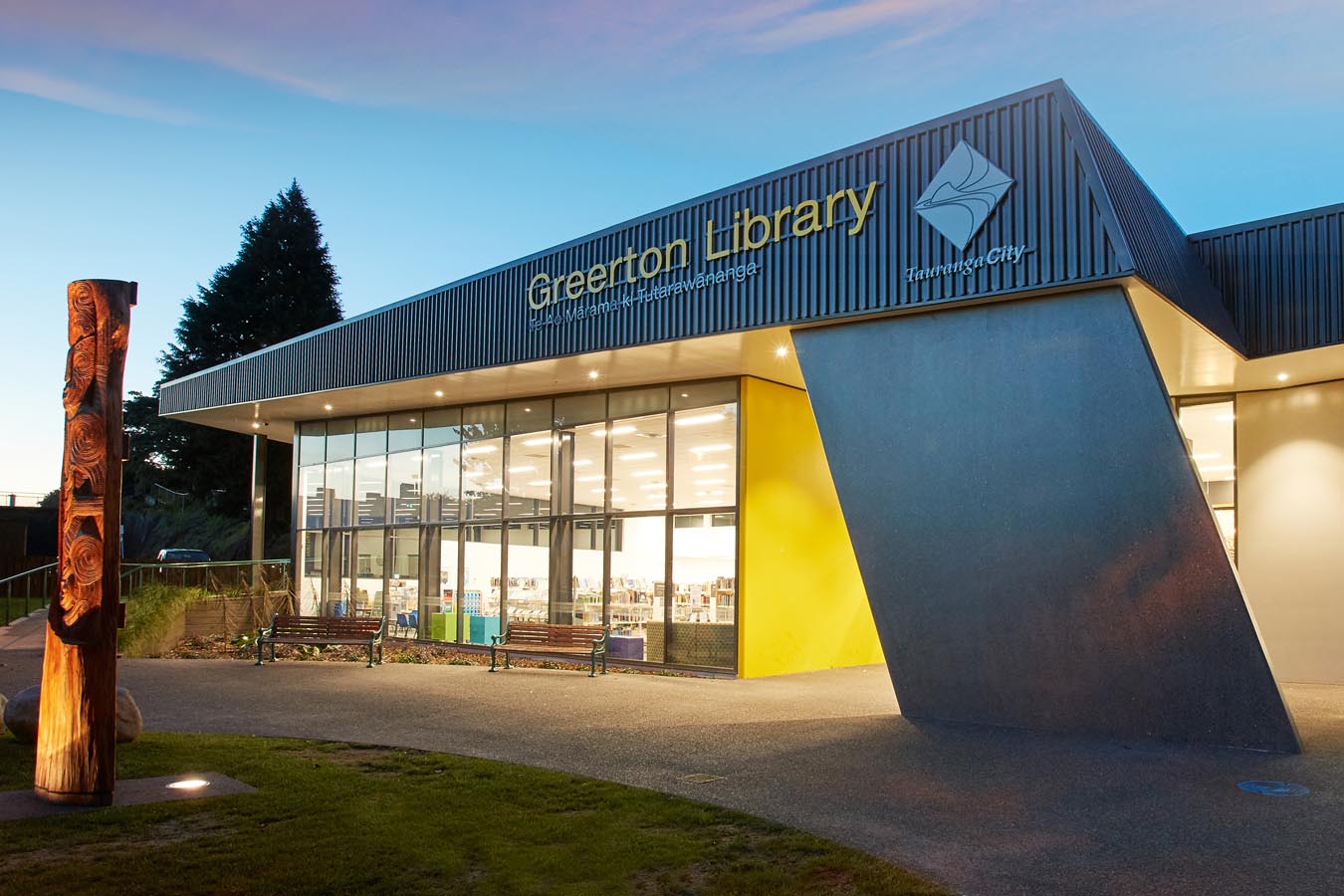 The opening of the new Greerton Library is a major milestone for the Greerton community, as the new facility replaces the existing, in operation since 1974.

A bright new facility for the people of Greerton, Tauranga.

The existing building was well overdue for an upgrade. It was an inwards-looking building that didn't engage with the community and was rapidly losing relevance in the growing and more diverse population.

The new Greerton library recognises the role of libraries as community knowledge hubs and offers fantastic new opportunities for the whole of Tauranga. Costing $3.65m to build, it doubles the size of its predecessor and is now home to an additional 10,000 books, 16 computers, iPads, free internet and increased space for the public to read and study. In addition to the general library space, new community facilities such as a digital training room and a community meeting room accessible for afterhours use have been added.

During the design process, our project team worked collaboratively with the library staff, action groups, cultural groups, and other stakeholders to refine the detailed brief and develop the design. Project construction took eight months to complete, and with the public opening ceremony being held in mid-2016.

A key challenge for both Chow:Hill's Architecture & Landscape Architecture teams was integration of the building into the adjacent Greerton Village Green. A key focus in the broader context of the design was placed on activating the existing Green as it was an under-utilised and unwelcoming space. This has been achieved by relocating the entry point to the library so it now opens onto the Green. The design solution incorporated extensive full height glazing, allowing the public to passively engage with the library. From outside, and vice versa. This has been very successful with the Green being revitalised and activated following the library opening.

Congratulations to Chow:Hill Project Architect Sam Thomas and the team in both Hamilton and Auckland on our collaborative efforts to help see this project through the various design stages to completion.