Art in a Day 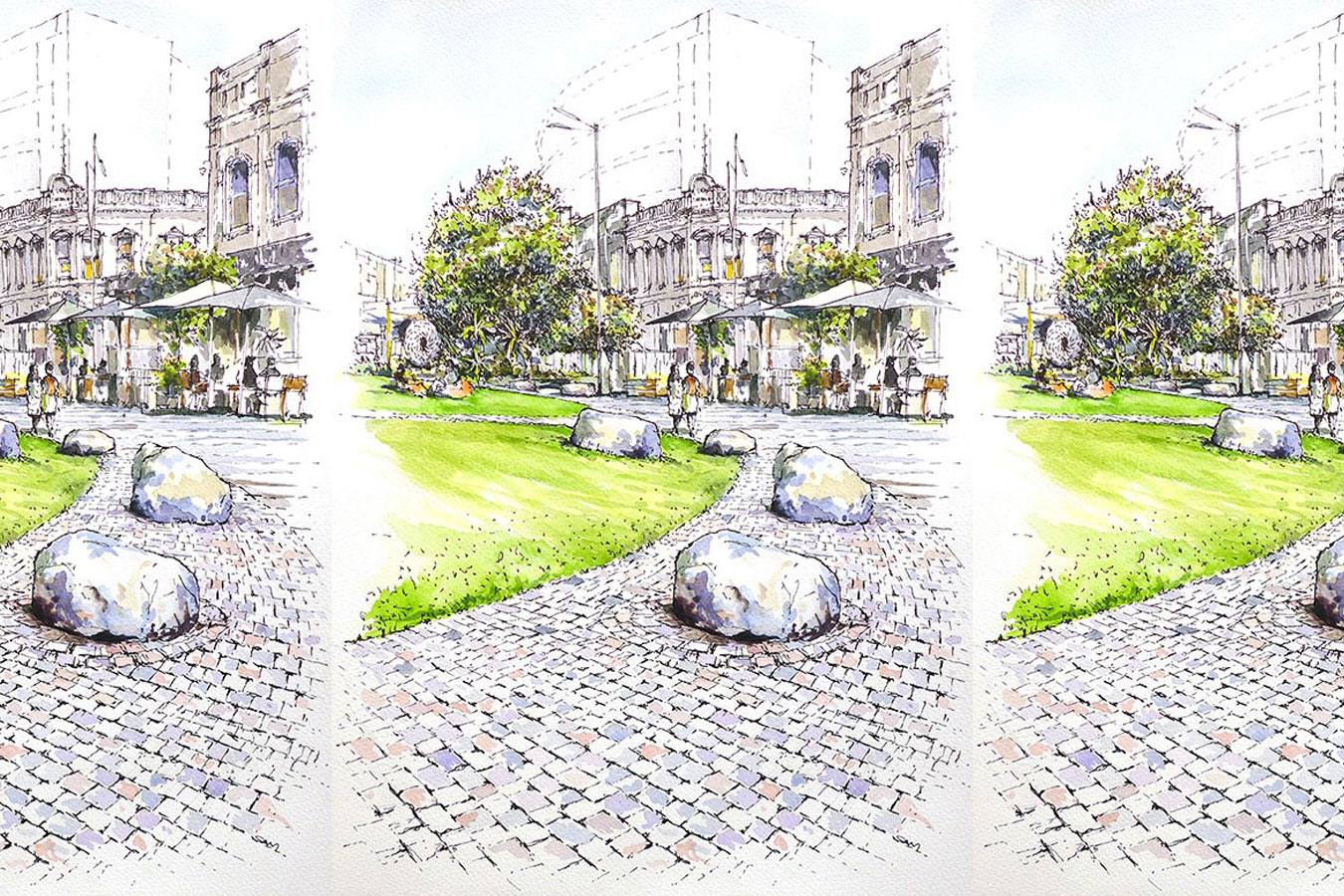 In February, Chow:Hill Director Stuart Mackie, was lucky enough to win second prize in the recent Art in a Day competition, which was all about capturing the essence of Parnell, Newmarket and Grafton.

This year, art had to be created on the spot over a period of nine hours, before being returned, framed and ready to hang for judging. Although not quite reality television, the short timescale did create a sense of urgency!

There were 10 locations that could be depicted through artwork and after some thought and scouting around, Stuart Mackie selected Lumsden Green in Newmarket because of the mix of space, buildings, activity and sculpture at this location. It is also right next to Chow:Hill's Auckland studio, which is coincidently in the background of Stuart's picture.

Newmarket is a bustling place, and from where Stuart drew, many of the people passing by were interested in what he was up to and stopped to chat. Particular thanks go to the two passing backpackers from Denmark who gave Stuart some sun cream, something he had overlooked in favour of paper and paint.

Looking back, it would be great if this event could be even bigger, allowing more people to appreciate this part of Auckland. Imagine if Newmarket, Grafton and Parnell were habitually drawn, painted and sketched by people who in themselves, became part of the scenery.