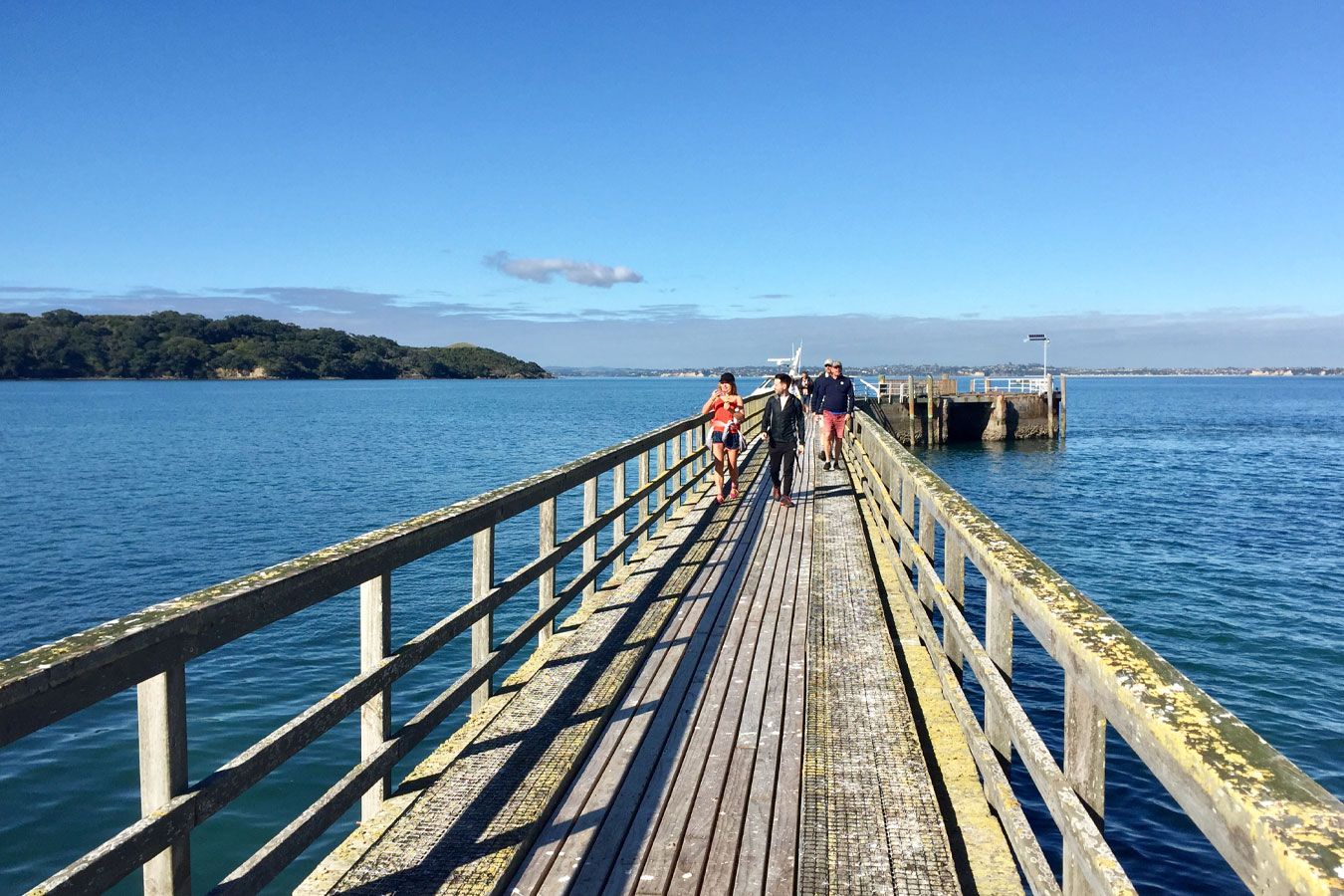 Once cleared for farmland, Motuihe Island is being transformed into a sanctuary for kiwis, tuatara, geckos and endangered native birds and is undergoing an extensive restoration project by the Motuihi Island Trust, with help from volunteers.

On one sunny day earlier in May, those volunteers included four members of Chow:Hill’s Auckland/Tāmaki Makaurau studio.

Being involved in the Motuihi Island project offered us the opportunity to gain a better understanding of the broader issues around the Hauraki Gulf Islands environments and contributed to our own health and wellbeing. Providing these opportunities is part of our ethos here at Chow:Hill.

As a measure of our commitment, every year Chow:Hill staff members have a day to contribute to what we feel to be close to our hearts. This year, Vatra, Lloyd, Xanthe and myself, Friedrich, together with volunteers from other community-minded organisations, spent a day weeding, planting indigenous flora, and cleaning up debris on the otherwise pristine beaches of Te Motu-a-Ihenga in the Hauraki Gulf.

An Island Rich in History

Following an initial ‘purchase’ from three tribal chiefs in 1839, Motuihe had a succession of European owners before being bought by the Government in December 1872 for use as a quarantine station – initially against the threat of ship-borne smallpox and later during the Great Flu pandemic of the early 1900s. (The south-eastern end of the island was used for animal quarantine from 1892-1941).

Prior to World War 1 the island was utilised as a farm, before becoming a Prisoner of War Camp and the location of the great escape of ‘gentleman pirate’ and prisoner, Count von Luckner.

From 1929 to 1940, more than 1500 children a year benefited from health camps on the island, organised by the Auckland Community Sunshine Association. With the outbreak of World War II, the buildings on the northwest headland were converted into a naval training establishment, named HMNZS Tamaki. Over 6000 recruits passed through Tamaki during its 22 years of operation, 1941-63. Stock farming (and pests) predominated for the next three decades, with the Department of Conservation taking over control in 1987. Almost all of these buildings have now been removed and the area is slowly being restored to a natural habitat.

In 2011, the Tamaki Collective Record of Agreement set out that Motuihe and three other islands would be vested in tribes that were the members of the Tamaki Collective (of iwi); this was subsequently ratified in their Treaty settlement.  As part of that agreement, the Collective then vested them back to the Crown, under the management of DOC and with a conservation plan developed with iwi.

The Motuihe Conservation Trust, together with DOC and iwi, developed a Restoration Plan to return the island to its former state. One of the trustees showing us around between planting and weeding told us they found a small seedling of a tree they thought to be extinct, from which they have cultivated an entire nursery of trees from the original DNA for Motuihe.

With the last domestic farm animals taken off the island in 2005, Te Motu-a-Ihenga is now home to many New Zealand indigenous birds and reptiles, including the spotted kiwi, kakariki, bellbirds, whiteheads, shore skinks, Duvaucel gecko and tuatara.

We feel privileged to have been able to make our very small contribution to this small island, as well as to the greater purpose Chow:Hill has set to “develop healthy relationships between the natural and the built environments”.